One of my dearest pals, Erin, from Carosello recently had a precious baby boy.  Since she moved away from Tulsa last year, we didn’t get a chance to see her before Emerson was born, so rather than a shower in anticipation of her little fellow, we put together a handmade baby shower as a welcome to world party for him.

You know how I love to throw a party, and I wanted to share a few snippets of my party preparations here on the blog.  I was on a really tight budget for this party, so I used a lot of things that I already had around.  Sourcing from my home and shops is always a big plus when I’m trying not to spend too much.  Also, the husband and I spent the morning of the party driving around Tulsa foraging for flowers, which was one of the most fun things I’ve done in a long time.  I’m pretty sure this is going to be a new weekend habit.

A few days before the shower, I started gathering some styling props and making a few little decor items.  First step was obviously to make some Fringey Streamer Garland from Jordan’s tutorial out of some sheets of crepe paper that I had around the studio.  I also cut some felt letters to make a sweet little Emerson banner that Erin could keep.  I just glued the letters onto a colorful piece of leather.  Easy-peasy and hung over a gold foil fringe backdrop

that I snagged on Amazon.

I wanted handmade favors and browsed Pinterest forever, but settled on making something that I carry in the shop.  Pocket mirrors!  I made these black, white, and gold, to match the theme of the party.  I actually cut the black and white geometric prints out of a book of old knitting patterns and then hand drew the gold hearts on them.  I wrapped them up in tissue paper and attached nametags with baker’s twine.

To style the table, I layered tea towels, crepe paper, florals, and treats on the tables.  The black and white polka dot pieces were pieces of the gift boxes from AltSummit that I chopped up because they were pretty.  See, hoarding lovely things pays off!

I brought over all of my succulents from the shop to add to the summer feel of the party and put some pretty candies in mason jars for everyone to snack on.  Since it was a mid-afternoon party, I kept the food simple; a lemoncello cake, berries, and sparkling lemonade.  I’ll share my ridiculously easy “recipe” below.  I also always like to have a pitcher with ice water and this time I added some berries for a little flavor and because they’re just so pretty.

Here’s the recipe for the Quick Afternoon Punch that I made, as well as a quick list of what to gather, what to make, and what to purchase for you to use as a starting point for planning an easy afternoon shower or gathering.   Click through for the free Afternoon Party download.

I wish I had photos of everyone at the party, but I always get sidetracked and forget about that part.  I promise, we had fun.  Enjoy your parties!

Anyone who knows me or my brand well knows that high on my list of design inspiration is one amazing bearded fellow named William Morris. His quote, “Have nothing in your houses that you do not know to be useful, or believe to be beautiful”, has graced my studio walls in every creative space I’ve worked from.  It is a constant in my mind when I am working on a new design or product and I have adopted it as the ethos of my weather&noise mission statement.

So, I’m gonna give you a little history lesson.  I mean, I just graduated from college, so I’ve gotta have an outlet for report writing somewhere. William Morris was an artist, textile designer, writer, and widely accepted as the Father of the Arts & Crafts Movement in England and America.  His writing inspired J.R.R. Tolkien and his design and pattern work inspired Liberty of London as they were starting to design and create textiles in the late 1800’s.  I’ll let you in on a little secret, I haven’t actually read any of his books yet, but a few are on my summer reading list.  In the description for News from Nowhere (1890) you can get an idea of Morris’ utopia and ideals:

“a classic work combining utopian socialism and soft science fiction. In the book, the narrator, William Guest, falls asleep after returning from a meeting of the Socialist League and awakes to find himself in a future society based on common ownership and democratic control of the means of production. In this society there is no private property, no big cities, no authority, no monetary system, no divorce, no courts, no prisons, and no class systems. This agrarian society functions simply because the people find pleasure in nature, and therefore they find pleasure in their work.”

Morris grew up in rural England in the early 1800s, spending his days wondering the acres of forest that surrounded his home.  In his mid-twenties he moved to urban London and formed  Morris, Marshall, Faulkner & Co, a decorative arts company.  With the company, Morris and his partners hoped to reform standard British manufacturing and production practices and return to a system of well made, but affordable goods for the home.  It was at this time that Morris started focusing on pattern design for wallpapers and textiles, which is what made me fall in love with his work.

Later in Morris’ life, he developed an interest in typography, calligraphy, and preserving historic printing methods, which also makes me swoon a bit.  He spent his late years designing illuminated text for his earlier works of writing and learning the Icelandic language and about Scandinavian folklore.  Again, swoon-worthy. Morris’ tapestries were often made of fibers which he would dye himself, using vegetable dyes rather than of chemical dyes that were becoming popular in manufacturing.  And this was in the 1800’s before it was hip to go natural with things, quite the opposite in those days when modern manufacturing was becoming more and more about machines and chemicals.  Morris was also skilled at embroidery and after mastering the craft, he trained his wife and her sister so they could execute his elaborate designs.  Religious embroidery for vestments, sacramental cloths, and tapestries were a main part of Morris, Marshall, Faulkner & Co’s revenue.

As his love of printmaking and typography grew in his later years, he founded Kelmscott Press, “to refashion Victorian typography and to create beautiful books based on medieval manuscripts.  The press was founded in order to produce books by traditional methods, using, as far as possible, the printing technology and typographical style of the fifteenth century. In this he was reflecting the tenets of the Arts and Crafts movement, and responding to the mechanization and mass-production of contemporary book-production methods and to the rise of lithography, particularly those lithographic prints designed to look like woodcuts.”  Kelmscott Press became one of the most famous presses of the Arts & Crafts Movement.

His deep involvement in the Arts & Crafts Movement is just one more reason to love Morris.  He fostered craftsman ideals by having apprentices, teaching his skills to many and working to form communities of makers and encourage society to support these skilled craftsmen.

“Because craftsmen took pleasure in their work”, Morris wrote, “the Middle Ages was a period of greatness in the art of the common people. … The treasures in our museums now are only the common utensils used in households of that age, when hundreds of medieval churches – each one a masterpiece – were built by unsophisticated peasants.”

William Morris died peacefully in October 1896 in London.  His family doctor pronounced that he had “died a victim of his enthusiasm.  The Disease is simply being William Morris, and having done more work than most ten men”. Want to see more?  Check out one (or all!) of these

The first exhibition devoted to William Morris and his influence on twentieth-century life, entitled Anarchy & Beauty: William Morris and His Legacy, is to open at the National Portrait Gallery in London this autumn.  The exhibit will focus on Morris’ far reaching politics, thought and design and will include portraits, furniture, books, banners, textiles and jewelry.  The collection highlights the element of anarchy within the ‘art for the people’ movement which demanded a total overturning of accepted values.  The exhibition extends beyond Morris’s own death in 1896 to show how his radical ideals developed through the Edwardian decade; It explores the ruralist revival of the 1920s and 1930s when leading craft practitioners – the potters Bernard Leach and Michael Cardew, the weaver Ethel Mairet, the hand-blocked textile printers Phyllis Barron and Dorothy Larcher – evolved their own alternative ways of life and work in an increasingly materialistic age. I so deeply wish that I could go to London for the exhibit next year to see the work of the man that has shaped my aesthetic and my brand and to see some of his work in person and celebrate his life.  And that beard.

I curated this sweet little treasury this week to celebrate the start of spring and share a few things that I’m finding inspiring these days.   What’s been inspiring you with the change of seasons? 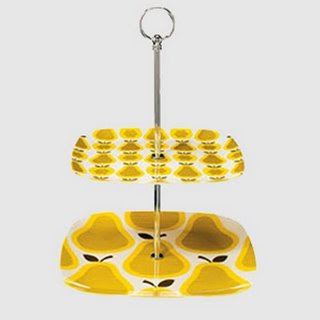 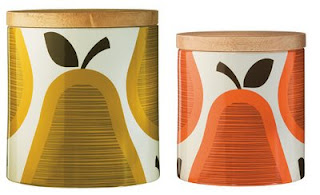 Morning ritual for me is waking up, sometimes making coffee and sitting dow

Now I know what I’ll be spending my Christmas money on!n at the computer to check email and a few sites. Two sites that I check pretty religiously are Design Sponge and Apartment Therapy. Yesterday Apartment Therapy posted this about Orla Kiely at Target. 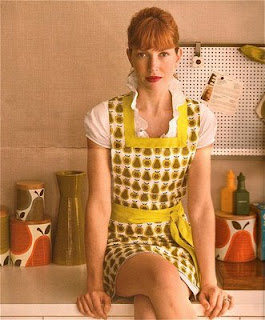